Nigeria is certainly not for the rookie traveler. The bustling city life of Abuja and Lagos, with it’s incredible natural beauty and a generally happy, energized population is countered by serious security threats, poor infrastructure in many regions, and a long list of risks and unknowns that come without local connections. Nigeria is for the experienced traveler – the one who keeps their head on a swivel, is ready to adapt at all times, and always has a plan B.

“Aware” is the key word. If a traveler comes fully prepared with the right connections and the right research completed before arrival, Nigeria can be a wonderful adventure. Here are some must-knows before you hop on the plane so you can travel Nigeria like a pro!

Have a local connection

This is the most critical of all our tips because a local guide will affect all aspects of your trip. Some benefits include:

Nigerians are not one people with one culture

If you know your history, you’ll know that colonization forced independent groups from across modern-day Nigeria together into one nation. For this reason, different regions practice different customs and speak different languages. Be ready to adapt from one region to the next as you travel. Nigeria’s official language is English, but expect a variety of secondary languages if you plan to visit multiple cities. Learning a few local phrases (presumably from your guide) is a worthwhile effort.

Be aware of internal conflict

Nigeria has long suffered from internal conflict and the current situation is no exception. Northern Nigeria can be a conflict zone with frequent clashes between government troops and fighters of Boko Haram make passage through the north highly unpredictable and often unsafe for foreigners.

The southern Niger River Delta region is scarred with conflict. Since the early nineties, minority ethnic groups who feel they’ve been exploited by the Nigerian government have formed militias and fought government forces in the region. This conflict remains an issue,

The coastal waters off Nigeria are can be extremely dangerous due to the widespread presence of pirates looking to take advantage of easy targets on the water.

Abuja is the way to go

The nation’s capital, Abuja is smartly laid out, safe and a great place to meet Nigerians from a wide variety of backgrounds. In 1991, the Nigerian government opted to move the capital from Lagos, which is located on the coast in Yoruba territory, to Abuja, which is centrally located, in an effort to create unity among the different ethnic groups spread throughout the country. Although much smaller than Lagos,  the city is much safer, generally easier to explore, and full of landmarks like the National Mosque and Zuma Rock.

To buy is to bargain

In many markets (don’t try negotiating at the cinema in Abuja) the expectation is that you will bargain for the right price. So don’t be shocked when the price starts high. Don’t make a big show out of it, but tactfully suggest lower prices with the eventual goal of meeting somewhere in the middle. This can be fun after learning the basic rules.

This is another situation where a guide comes in handy. They can advise you as to what’s truly fair for the fruit that caught your eye in the market.

Nigerians generally appreciate it when foreigners make an effort to extend greetings. Follow your guide and learn the etiquette first, but you’ll find that they appreciate little efforts to be friendly and engaging. You never want to be the foreigner that says nothing and comes off as cold to the locals. You don’t have to make friends with everyone in town, but engaging is critical. Nigerians are known for being friendly, so go for it.

Don’t be satisfied with a few photos. We recommend contacting the hotel staff or the property owners and going through a list of areas for evaluation (water quality, general cleanliness, food availability, staff working on the property etc.) before committing to a stay. There are plenty of great options, but there are plenty of disasters waiting to happen out there too. If you’re looking for a place to get started, our accommodations search engine is a great place to start. 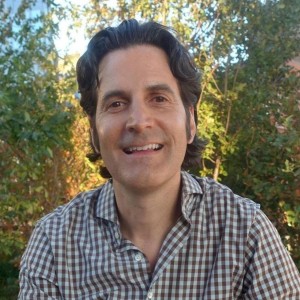